Do you love staring at screens? Are you staring at a screen right now? You should get out more. Specifically to a show that has an enormous screen smack-bang in the middle of it.

The Umbilicals take the energy of live performance and the spectacle of cinema and smash them together into a new show performed simultaneously on stage and the big screen. It’s like nothing you’ve ever seen, and nothing they’ve ever done, and it will blow your mind way more literally than you are expecting.

The Distraction: Enabling your screen addiction.

Named as two of Entertainment Weekly’s “100 Most Creative People In Entertainment,” they have appeared on The Late Show with Stephen Colbert, after James Brown at Woodstock ’99, and before the Queen of England. Their global gigs have included a year-long off-Broadway run where they received raves from the New York Times and a New York Drama Desk nomination. Awards include a Helpmann for Comedy Performance of the Year, the Edinburgh Critics’ Choice Award and a couple of BAFTA’s. Younger fans and stoners know them from The Upside Down Show, which they created with Sesame Workshop and won them an Emmy and a Logie. 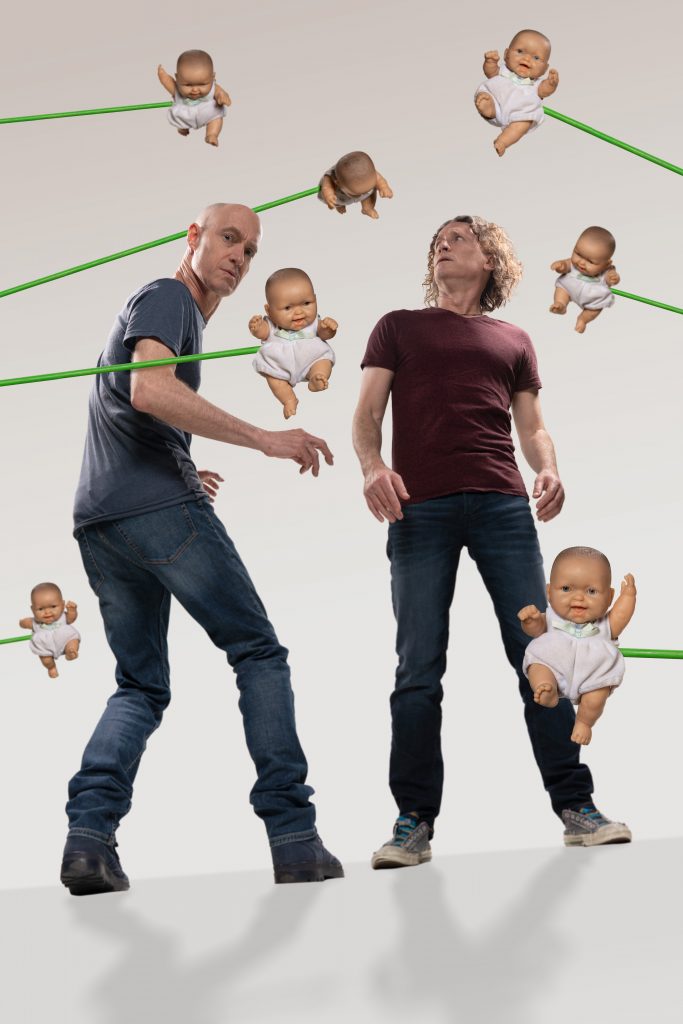