Icelandic writer/director Grímur Hákonarson’s eagerly anticipated follow up to the worldwide hit Rams is a rousing, David-and-Goliath comedy about a farmer’s wife who steps up to take on the corrupt local co-op in her remote Icelandic valley.

Dairy farmers Inga (Arndís Hrönn Egilsdóttir) and her husband Reynir (Hinrik Ólafsson), love each other deeply, but are trapped – they’re in debt, they’re working 24/7 and haven’t had a vacation in years. Inga has always been frustrated by the unquestioned commitment Reynir has to the local co-operative, unable to see the logic in them holding a monopoly over the milk they produce.

So after disaster strikes, and the plucky Inga is forced to try and make it on her own, she launches a social media campaign to bring attention to the organisation’s exploitative practices. Unfortunately, everyone else in the community is dependent on its economic heft, and Inga’s quest soon makes her the target of a ruthless adversary. 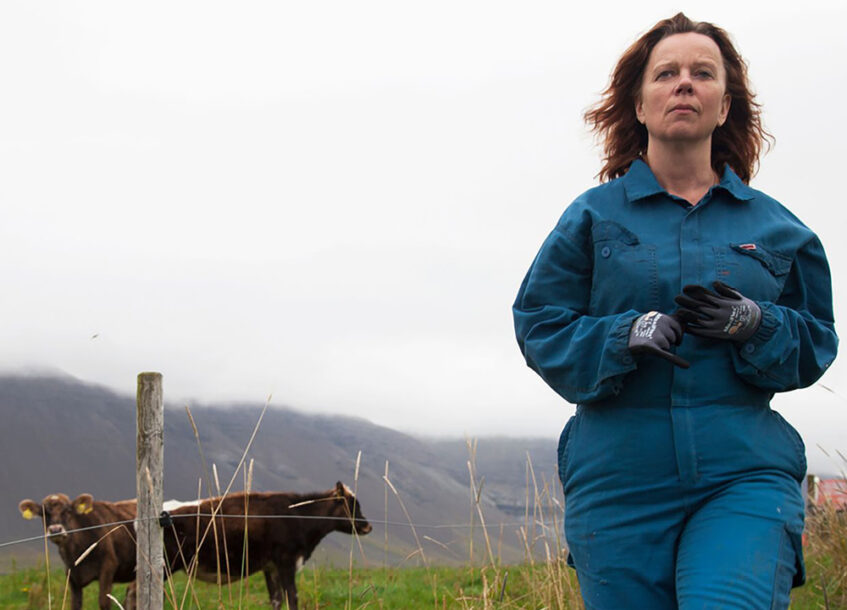